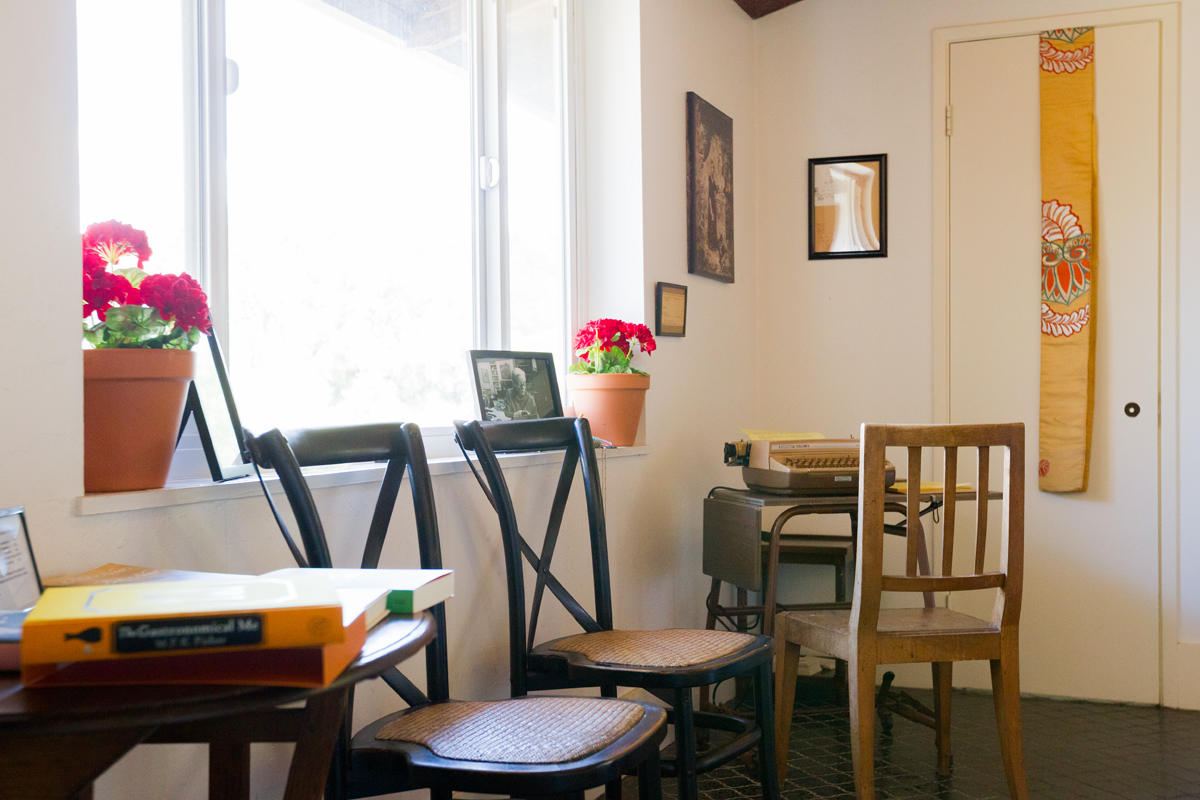 We recently asked M.F.K. Fisher’s daughter Kennedy Golden to reflect on Mary Frances’ time living on the Bouverie Preserve. Fisher lived on the preserve for the last 21 years of her life, in a cozy house built to her specification by David Bouverie. During that time she wrote 13 books, one-third of her total catalog. The preserve influenced her deeply.

As Kennedy composed this guest blog post, she reflected on Fisher’s upcoming birthday. “My mother was born in Albion Michigan on July 3, 1908. When I think of that day so long ago I am reminded of her story of almost being named “Independencia,” had she waited one more day to be born. I believe that “Mary Frances” was a much better name, and I am grateful to my grandmother, Edith Kennedy, for making sure that naming her new baby “Independencia” became no more than a threat, given the proximity to the July 4 Holiday. Little did my grandmother know that my mother would eventually be known largely by her initials. I.K. would not have suited her well.”

In anticipation of M.F.K. Fisher’s upcoming birthday, I recently went to my garden to tend a special pot of geraniums, a task that was always fully enjoyed by my mother. As I pinched off tired blooms and gently placed the old plant in its new pot, I remembered that the plant I was tending had come from Last House almost 28 years ago, as we emptied her home following her death. It felt wonderful to be taking care of “her” geranium, which I have enjoyed for many years.

Geraniums were a part of my mother’s life for as long as I knew her. I have early memories of my mother pinching back blooms, breaking off branches to root for either more plants for our home, or as gifts for others. Window sills and patios always had ceramic pots of geraniums in every home I can recall, from California to Aix-en-Provence and ultimately to Last House on the Bouverie Preserve in Glen Ellen. She preferred the darker red flowers.

I remember a day toward the end of her life, while she was still using a wheelchair to move around Last House. We were in the work area of her bedroom, likely chatting about what was happening in family members’ lives. As I returned following a quick visit to the kitchen, likely to check on our lunch, I could see her sitting in her wheelchair about six feet away from the window, looking out over the field of cows and the beautiful Sonoma Valley hills. The window sill held large pots of happily blooming geraniums. Suddenly, with no notice or conversation, she arose from her wheelchair and took a step toward the window. Unfortunately, she had forgotten momentarily that she was unable to stand, and I watched her crumble gently onto the black tile floor. When I reached her, she was laughing quietly, sitting amusedly on the floor, looking up at the plants she loved. “I was going to pinch off that browning leaf on the geranium” she said. She was not hurt. We silently got her back into her chair and then to the the plant, so that she could complete what she had set out to accomplish. By golly, as she would say, she had her heart set on tending that plant, and her physical issues eluded her momentarily.

To this day, every geranium plant I see reminds me of her. Here in Northern California there are many beautiful and healthy geranium plants to enjoy, and to periodically “trim” to bring home to root, as I watched her do for many years. Some of my fondest memories of my mother in Last House are of her looking over the geranium plants on her window sills to enjoy the beauty of the Sonoma Valley, the wildlife right outside Last House, and the expanse of nature on the Bouverie land and beyond. While she could not tend outside plants around Last House, she always had geraniums and succulents on her window sills and porches. I hope that having repotted and tended the plant I have from Last House, that it will be blooming mightily on July 3 in celebration of its original owner. 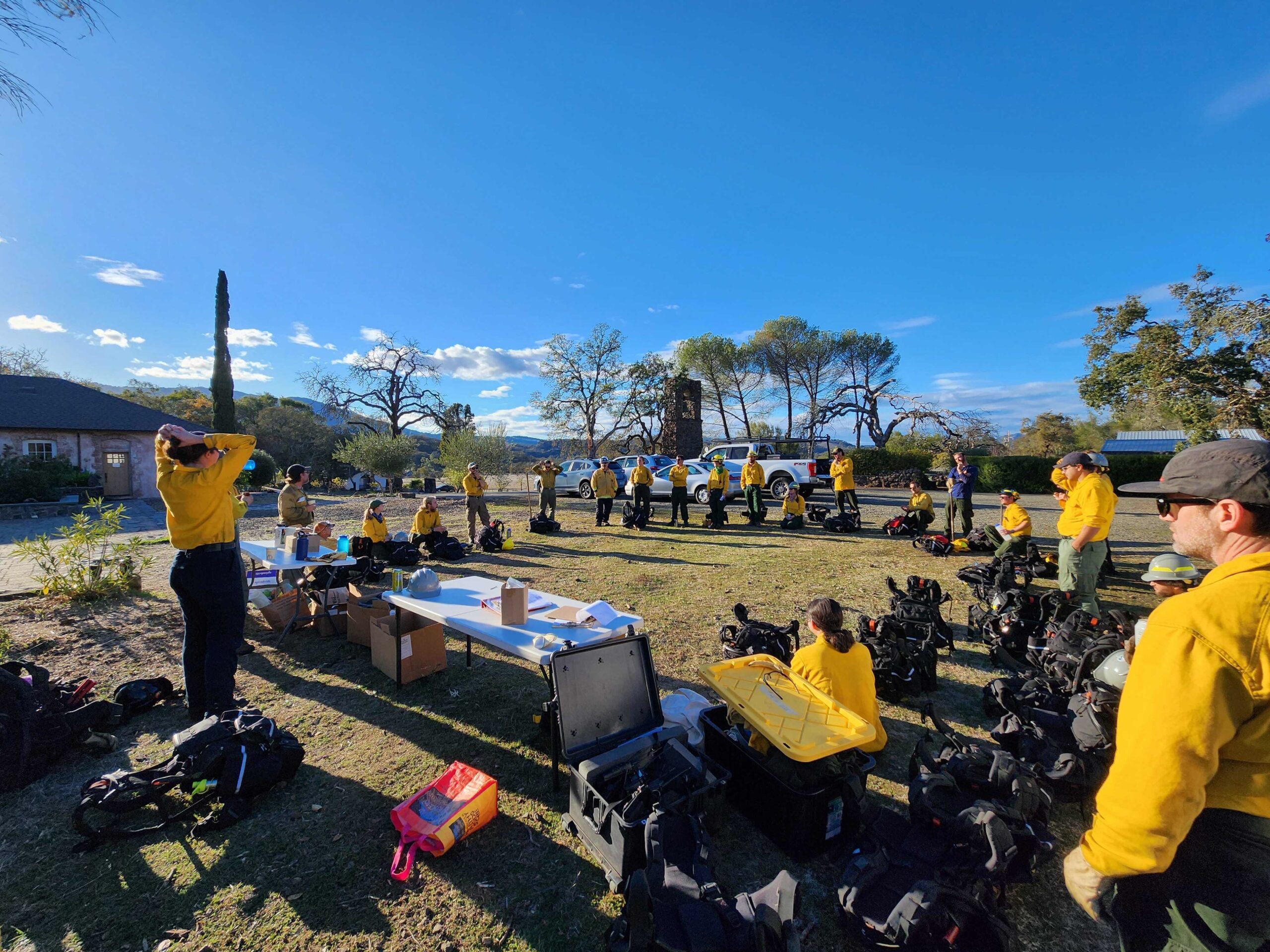